Just a quick note about something I’ve learned during this second bout abroad:

Always try to figure things out in-person or via telephone.

Getting anything accomplished relating to official business at the German universities requires patience and know-how. Being an Google-friendly society, many of us look towards search engines as providers to answers for life, the universe, and everything (though, I don’t know why they bother with the internet when it’s 42). The problem with the webby bureaucracy of German universities, whose administration offices are spread all over the place just like their classrooms, is that navigating the webs, analog and digital, is tricky.

For each thing that needs to be accomplished, use the web to find out where it gets done, and then spare yourself the trouble of navigating the websites. Call the number of the office or info-center and ask your questions in person- much less complicated. The good news, most people who answer the phone have to have good English to have gotten their position. It helps, though, to be able to express yourself in German.

I recommend calling, but visiting the office and physically showing someone what documents you have, don’t have, don’t know you have, makes things easier as well.

I like to think that Germans make up for their extremely low student fees by having minimal support for their students. I also think, part of their entrance qualifications is figuring out how to enroll in their school. It’s a rite of passage that I haven’t quite made yet, but I’m almost there. There will be champagne (or at least a really fancy beer) once I finally have my admittance papers.

Exactly one month ago at almost this time (8:43 AM) I was in flight over Hamburg, Germany, about to touch down.

My program lasts for 10 months, so this means I am into my first ten percent of the time I’m going to spend here. If this were a race, my GPS watch would read the same thing it does when it buzzes at the ninety percent mark.

I did a lot this month, and if I multiply that amount by ten, I will end up with a very full, full-filling time here!

However, this post is less about the cataloging of time and more about what one should and does accomplish in the first month of a study-abroad program (I could number this, but I don’t want to give the false impression that the things need to be in any particular order):

This is an old post-office building near the university. With the ivy growing on it, it is thus far the most beautiful thing I have seen so far.

… and as you can see, I’m trying to do this last thing regularly! Cheers. 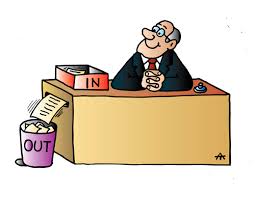