When people say “I’m a student in Berlin,” you have to ask them which university they attend. There are three main public institutions (and a lot of private ones) in Berlin. I am going to focus on the Freie Universät,  since that is the one I am now studying at.

I’m not going to bore you with all the historical details, since interested readers can find that information elsewhere. But I do think it’s important to point out that the Freie Universität used to be part of the Humboldt Universität, and they split during the Cold War when the Humboldt Uni, located in the East, became Communist controlled. The Freie Uni split off, and it’s new name “free” refers to its status as an institution in a “free world.” Obviously, during the cold war, the Freie and Humboldt Universities both served students in all subjects, but primarily focusing in liberal arts and social sciences. The Technical University (TU) is where, in the west, most of the science students attend.

Institute for Mathematics of the TU- Image found here. The buildings that make up the campus are spread all over this area of Berlin, as is the case with most German universities. It’s practically on the same road as the Brandenburg Gate.

Now that Berlin is reunified, the Freie Universität continues its brilliant representation as hub for political and international studies. The Humboldt Uni has a reputation for Geisteswissenschaften, primarily philosophy and literature studies. For those who don’t know, the Humboldt Brothers are very famous, contributing to knowledge about the mind and the world. Their university became a hub for some of Germany’s greatest thinkers and researchers. The building itself is very impressive:

As found in an article about the brothers and the university, you can see here a bit of the beautiful Prussian architecture

In comparison, the Freie Uni is not as impressive. It’s also not located in the center of Berlin, rather more in its suburb, Dahlem. However, its reputation is just as marked. 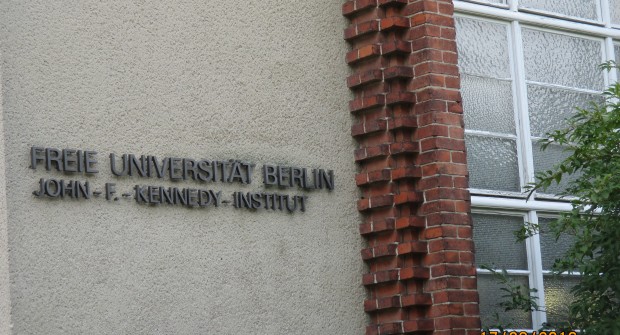 Of course, being in Dahlem. it has close connections to the American occupiers during the Cold War. The surrounding streets all have names like “Marshallstrasse” or “Clay Allee.” The building themselves, built after the war, are often dedicated to US political or military figures. Because of this, I feel of course a special connection with the Uni, playing a small part in feeling like I deserve to be here.

While I always dreamed that if I would study in Berlin, I’d go to the Humboldt Uni, I’m kind of glad now to go to a school whose acronym is FU (if German universities had sports teams, think of the slogan possibilities!) and where, when taking public transportation, I enter and leave a building that looks like this: 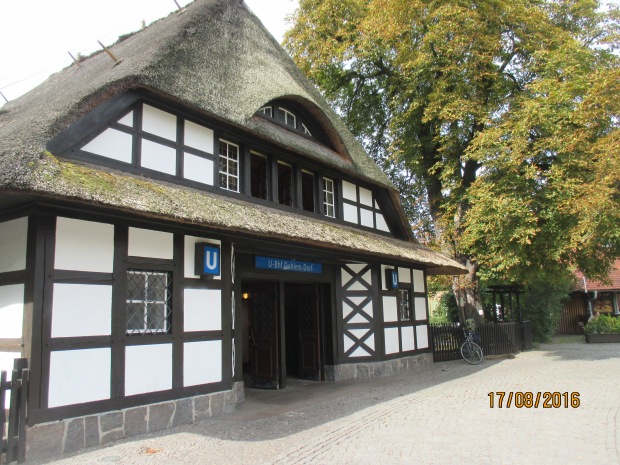 There are a lot of other good reasons to be at the FU- time will continue to illuminate them. 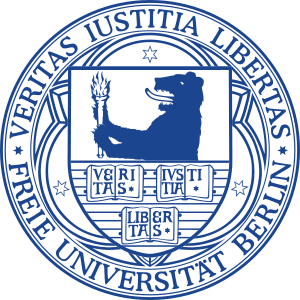 The bureaucracy of getting into any of these schools, German citizen or not, is crazy- that’s information for another post-but I just thought I’d share a bit of info about the schools.

I should add, that as a student in Berlin, there’s always the possibility of going slightly out of the city into Brandenburg, where the University of Potsdam is located. Art students are especially welcome in the city of Prussian Emperor Friedrich the Great and all his castles.