wordpress asks you to “share your story” here, when you go to write a post. But isn’t there some sort of rule against posts that are too long? Any story I chose to write ends up including way too much detail to be a “short” post. So, I won’t share my story, but I’ll share the drafts to it.

I’m going to spend the next several posts recapping my last weeks in Germany during my study-abroad time. I spent some time in Germany after leaving Hamburg, and already I’ve had a lot of time to reflect on my experiences there. I guess four words sum it up:

People often describe their experiences as “adventures.” As much as the phrase is used (dare I say overused?) the newness, excitement, sharp gusts of dangers during extended stays abroad for work or study  do justify the use.

I’ve been on an adventure, and it will take me several posts to describe it all.

As I started this post, I was diving away from the city that hosted me for 10 months. I can’t really wrap my head around the difference between how I felt when I arrived, and how I feel now, but I need to acknowledge that I’ve changed while being in the city, and my experiences through the VDAC have changed me.

I am am stronger. This is to be expected. Obstacles, bureaucratic and otherwise are more difficult when in a country of different customs, habits, and language. If I’ve trained to run on mountains, of course hills will be easier. I’ve learned to be polite, but direct, when requesting things and to be patient, but know my rights. This came in handy today, such as when I had to make sure my transcript was ordered, reflected my recent status as a graduate, and was sent to the right office. The old me would have accepted that it would take a while and figured the bureaucracy would work itself out. The new me was able to walk out with the envelope that I could and over to the intended party.

What I didn’t expect is that I’ve become a better listener. When I first arrived, I was so occupied with my own plans, my dazed experience, and comparisons to the U.S. Throughout the year, however, I’ve been complimented by many close to me that I listen more to them, and am easier to talk to. I don’t know if I should feel insecure about how I must have used to be, but I am grateful to recognize that my experiences have made me secure enough in my own experiences and strengths to be more open for others. I think part if it is that I’ve learned not to jump to conclusions about people, and let them talk it out.

I want to write so much more, but I already said I would use several posts to catch up, and so I won’t give you too much to handle now. I just want to say that I don’t think leaving Hamburg is “good-bye.” Rather, it’s a chapter in my life that lays out the foreground for much of my future life (I hope), especially if I get accepted to a PhD program there. We shall see, and I’ll keep writing.

In the meantime, here are some photos of Hamburg/Berlin, where I spent the last weeks with my family after they came to join me! 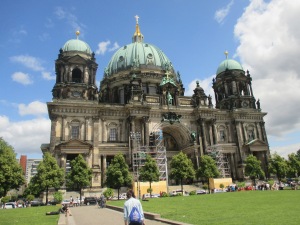 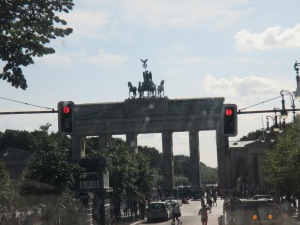 Need I mention what this is? But I’m sorry I took the photo while siting in public transportation, so it’s not the best quality. 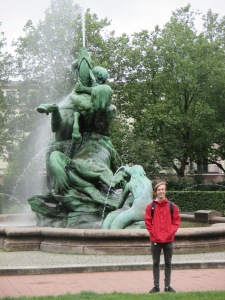 My brother in front of the Neptune fountain in Altona, Hamburg 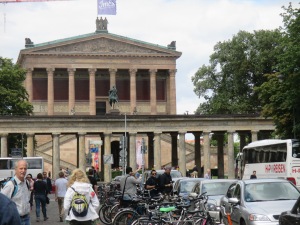 The old Nationalgaleri where an exhibition of impressionist and expressionist artists were presented, side by side