No, this isn’t going to be a story about how a bear ate a spy (or a spy ate a bear?). Nor is it the title for a parable (though it does sound kind of Cold Warsian, right?). Honestly, I’m just being economical in my blog posts and covering multiple topics in one go while updating you about my life in Berlin. This post: Berlinale and spy tour guides.
First of all, it’s the semester break! Can I get a “thank the midichlorians”? After spending four months visiting three colloquia, a dozen workshops and lectures, and teaching my first content-based class, I’m ready to rededicate my working hours to my dissertation. I also plan to update my Words blog regularly again, so stay tuned for that.
This break may also lead me on more off-campus adventures, which I’ll be sure to report. None the least I have my participation in the Berlinale, which started on Thursday, February 15th and goes on though Sunday, February 25th, to write about. My cousin once again organized tickets for a bunch of movies at 2,50 € apiece (yes, extremely nice and lucky, I know!) and that’s filled up my evenings for the next week. So that’s the bear part of this post. 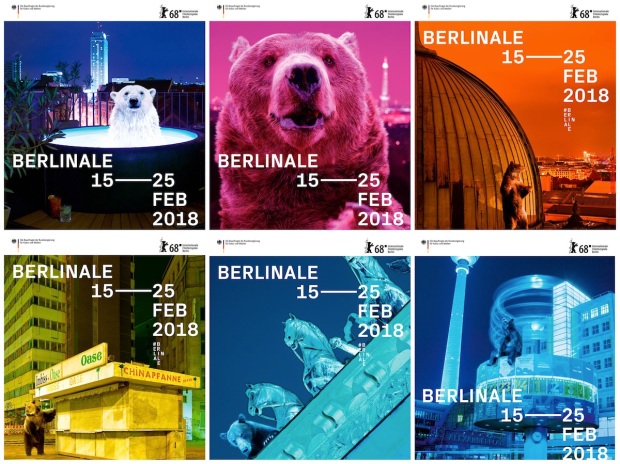 How cool is it to live in a major city that has an international film festival?! 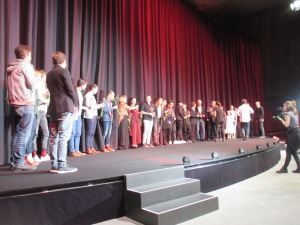 a bunch of VIPs from the movie who got up for Q & A afterwards, which is one of the cool parts of Berlinale

My first movie of this year was on Friday: 303, a road-trip movie that starts in Germany and ends in Portugal, involving some intense dialogue with a mostly critical, if not a little cliched view of things like capitalism, relationships, and sexual attraction. I do think that some of the topics looked at (abortion, biological versus non-biological parenthood) could have been considered more carefully. On the other hand, I realize the main idea was to discuss love and the movie was already long enough! And it was a good, hopeful movie. Social media and internet didn’t feature at all and love conquered in the end so, yay. One could almost say that it was ‘getting away from it all’ that allowed the interpersonal relationship to develop like it did, but that would be kind of old-school. The question is, how do we, from generation y, love?

The movie did feature some beautiful landscapes and was a German movie at a German film festival, so it was worth watching and people watching. Side note: it was a movie for Generation 14+, which means it’s recommended for young adults at least 14 years old. I saw a few of these movies last year too, and I’m surprised by the maturity expected of 14 year-olds sometimes.
Sandwiching my last Colloquium of the year, however, was also my role as an extra in a documentary. Now, I’m not actually allowed to write a lot about the filming and the topic, but it is somewhat related to amateur spies in former GDR who spied for the CIA and at some point got caught and traded over at the famous Glienicke Brücke. The famous bridge, that is, which crosses the Havel River and marked the border from former West Berlin to Potsdam (capital of the GDR, now capital of the state of Brandenburg). 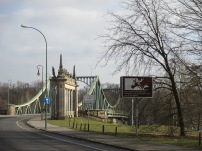 My role was obviously minimal and I already know most of the history of the GDR and spying during the Cold War, no small thanks to Hollywood, college, and my parents. But it was very interesting to stand by the bridge and learn about it from a new perspective- a personal perspective, if one will. 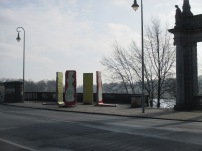 In case you didn’t know (or have forgotten, it’s been about 73 years and some intense politics), Germany was split in two after World War II, and one of the borders was at the Havel River with this bridge marking the  boundary. The bridge is famous for, if not its neoclassic architecture (I hope I labeled that right, I’m not really a label person), its location for famous spy exchanges throughout the Cold War. More on this later, when I’ve been given the all-clear.

I was also introduced to the Villa right by the bridge, Villa Schöningen. I didn’t have a chance to visit it properly, but I hope to do so when I come back over the summer, hopefully with my family!

I took some photos from that, too. But apparently, I’ve reached my photo maximum for this post. I’ll describe: old school villa, nicely renovated, with hammer and sickle memorabilia. And some other stuff.

But before I go, there’s actually one more thing I want to do with this post: accept and pass on the Liebster award. I was recently nominated by Meghann at Miles with Meghann (thanks Meghann!) and decided to accept, though I can understand why many bloggers forgo the extra work. I also am letting this strain die with me (I’m sorry, Meghann!), but I’m sure it will live on with others!

And here are my answers to her questions:

1. Sweet or sour candy? none. I quit processed-sugar a few years ago. But when I was eating, it was all the candy, without discretion (which part of the reason why I gave it up ;-))
2. What’s your favorite TV show? does Tatort count? Otherwise it’s Sherlock.
3. Do you have a favorite workout? I love intervals. Especially 400s.
4. Who would you want for your celebrity parents? This is a hard question for me to answer. I can’t think anyone would do a good a job as my own ‘rents (and I’m not just saying that because you read this, Papa).
5. Three favorite movies? Lord of the Rings trilogy (see what I did there?)
6. Cake or pie? See number 1.
7. Who is your favorite athlete? currently a toss-up between Simone Biles and Shalane Flanagan
8. What’s your favorite holiday? Weihnachten.
9. Favorite Olympic sport? in the summer it’s the track events and in the winter it’s figure skating
10. What’s your favorite post that you’ve written? Volunteering at the Berlin Marathon. It may not be my all-time favorite, but it’s pretty far up there.

If you as a random reader chose to answer the questions yourselves (or just answer something you make up yourself), I’d love to read the answers!

Happy Vorlesungsfreiezeit (Vorlesungen are lectures, frei means free, and Zeit is time. yep, these Germans with their 50 point-Scrabble-words),
Dorothea